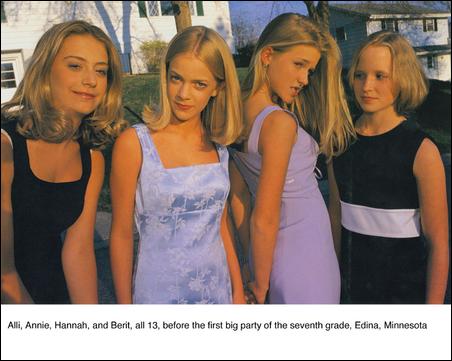 Madelyn Jordon Fine Art is proud to present the only New York area exhibit of Lauren Greenfield's "GIRL CULTURE". The exhibit includes over 30 photographs from Greenfield's groundbreaking book of the same name, in which she explores, in documentary fashion, female identity, and the way girls grow up in America today. The telling images present stunning examples of girlhood, from preschoolers dressing as princesses, to adolescents coping with anorexia, to strippers plying their trade, which have broken barriers and established her as "one of America's most acclaimed chroniclers of youth culture". As written in American Photo, "Greenfield turned her documentary work on girls into a project that blurred the distinction between photojournalism, art, and social science. The images examine the often painful social and emotional lives of girls and how, for so many, their well-being and self-esteem are tied to appearance." GIRL CULTURE has been on exhibit in over 15 museums around the world including The Cleveland Museum of Art; The Center for Creative Photography; The International Center for Photography, NYC; Oakland Museum of Art; Skirball Center of Art;
A Harvard graduate, Greenfield won the ICP Infinity Award in 1997; her work with nominated to the Pulitzer Prize in 1997; She was selected to the list of AMERICAN PHOTO MAGAZINE'S 100 most influential people in photography, and has recently completed an HBO documentary on eating disorders.
For information about gallery talks, and group tours, contact Madelyn Jordon at 914-723-8738.
Tues-Sat 10-5:30pm and by appt.