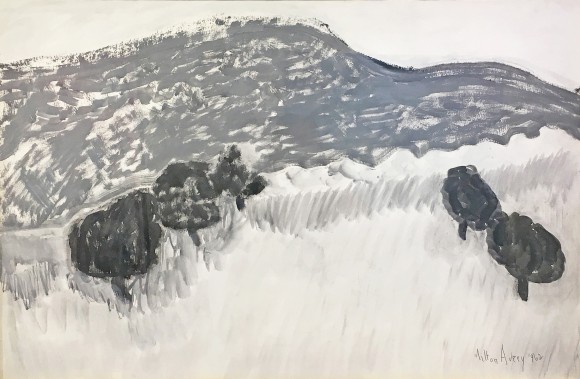 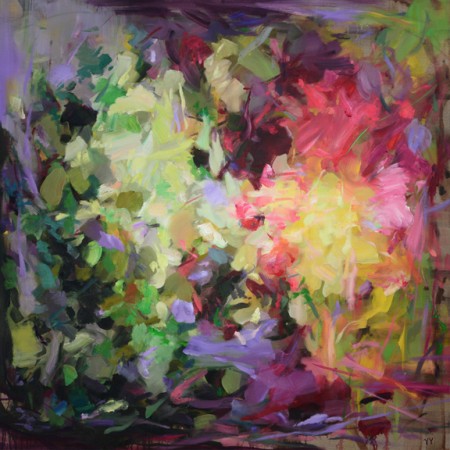 We are pleased to announce THE UNVEILING, a solo exhibition of new works by YANGYANG PAN. This exhibition marks the artist's fourth solo exhibition with MJFA and will be on view from April 20 - June 2, 2018, with an opening reception on Friday, April 20th from 6:00-8:00 p.m. The public is welcome to attend and meet the artist. 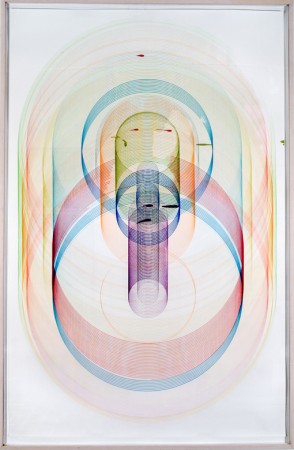 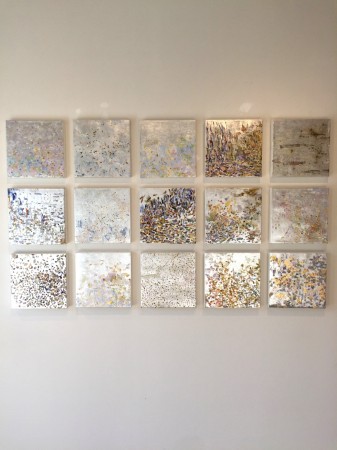 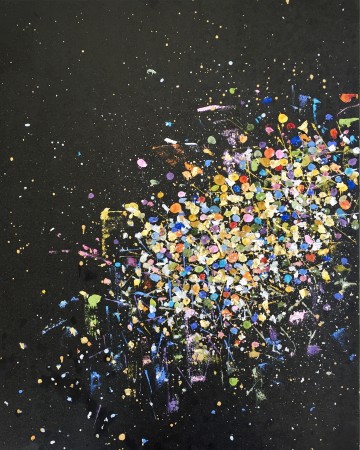 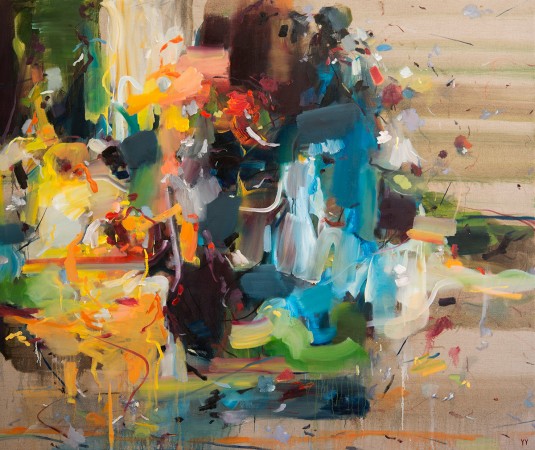 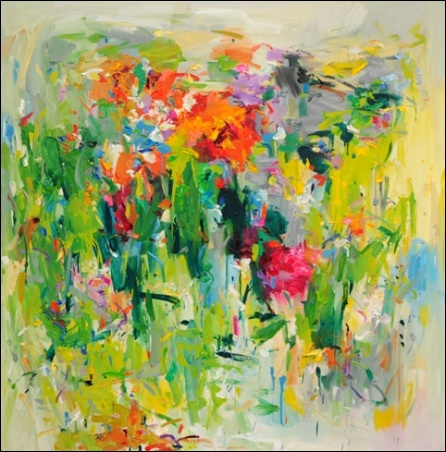 Pan’s expansive, joyous paintings are pure aesthetic pleasure. Informed by the controlled chaos of nature, this series of landscape-based, expressionist work is rich in color and texture, densely packed with oil paint. Celebrating Spring’s arrival, her emotionally-charged canvases are laden with abstract imagery. Their vibrant palette -- greens, blues, pinks, yellows and reds applied with alternating heavy impasto brushstrokes and thin washes of oil paint -- create canvases bursting with visual excitement. Pan’s “Summer Garden” evokes the energy of a star burst with the color palette of her garden. This kinetic composition is composed of visceral markings, each with their own energy, held together as a collective through the connection one brushstroke has with another. Pan explores nature’s diversity by pairing splashy, exuberant works with compositions of seductive, floating forms, such as in “Ebb Tide” with its drizzles of paint and charcoal. These works tend to suggest the captivating nature of slow moving clouds during the vernal equinox or the blooming foliage on Lake Ontario at the start of the season.

Stylistically, Pan fuses Asian and Western sensibilities seamlessly. Raised and educated in Sichuan, China, there is a clear influence of traditional Asian painting in the build-up of her markings on the canvas. At times, Pan crowds paint into corners, leaving white space in unlikely areas. Sometimes her markings cascade vertically, referencing traditional Chinese landscape painting. Other times, she fills the entire canvas with extravagantly colored, uninhibited strokes, recalling the all-over style of Joan Mitchell or Jackson Pollock.

The artist does not make a study or draft of each painting before she confronts the canvas. Instead, all choices, both conscious and subconscious, are made during the creation process. Her mark-making method consists of working herself up into a raptured rhythm while listening to music by Leonard Cohen. In the end, intuitive, gestural brushwork and unpredictable color arrangements form on the canvas. Her subject is the process of painting itself, as she revels in the activity, creating playful accidents that result from free-wheeling experimentation.

The show title, "Spring Fever," refers to the common phrase that is used to describe the physical and psychological effects that arrive during a season often considered a time for rebirth and renewal. Spring is often associated with the hostility and hospitality of nature, a tease as the winter weather turns warm, accompanied by bursts of color as foliage blooms. Pan explores these elements of nature in her paintings, developing a visual, saturated language that feeds off of nature’s impulsive energy. The result is a visual rhetoric of pure feeling and youthful exuberance.

Yangyang Pan was born in 1976 in China. She received her BFA and MFA from the Sichuan Fine Art Institute in Chongqing, China, where she later taught. In 2006, she relocated to Canada with her husband and children. She is currently based in Ontario, Canada.