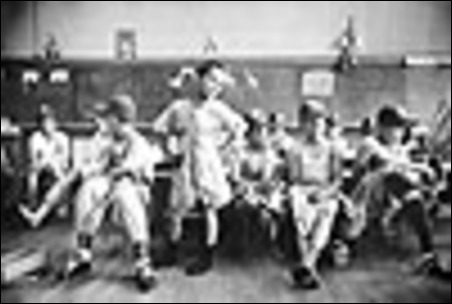 Madelyn Jordon Fine Art is pleased to present “PLAY BALL”, an exhibition of over 50 important photographs and objects celebrating the world of sports. The exhibition will showcase the art of the masters of sports photography capturing decisive moments in the careers of the greatest heroes of American sport. Athletes represented include Yankee legends Babe Ruth and Mickey Mantle, New York Jets football icon Joe Namath, golf legends Arnold Palmer and Ben Hogan, and “The Greatest of All Time,” Muhammad Ali. Renowned photojournalists represented in the exhibit include Cornell Capa, founder of ICP (International Center of Photography), Alfred Eisenstaedt, widely considered the Father of Photojournalism, Pulitzer Prize-winner, Nat Fein, and lWalter Iooss and Neil Leifer. Each photograph is both a journalistic record of a great moment in sports history and a revealing portrait of a beloved figure.
A highlight of this selling exhibition will be a selection of photographs by renowned sports photographer, author and producer, NEIL LEIFER, widely considered to be one of the greatest sports photographers of all time. LEIFER, author of 9 books, including his upcoming release AYear in Sports , to be published by Abbeyville Press in October 2006, is credited with more than 200 covers for Sports Illustrated, Time and People, more than any other photographer. His iconic image of Muhammed Ali’s knockout of Sonny Liston in 1965, which will be on view and available for sale, has been called “the greatest sports picture of all time”. LEIFER, who has never exhibited his photographs in Westchester, will make a highly anticipated appearance at the opening of the exhibition on Friday, Sept 8, 2006 from 6-8PM.

Other exhibition highlights include iconic photographs of Ben Hogan and Tiger Woods by legendary Westchester photographer,Jules Alexander, who will talk about his 46 year history covering golf's masters on Sunday, Oct 8th at 11AM ; the first sports-themed photograph to win the Pulitzer-Prize for Photography, the emotional and iconic “The Babe Bows Out” by New York Herald Tribune photographer Nat Fein, as well as a rare photograph of “The Babe warming up to pitch for the Boston Red Sox in the World Series of 1918”.

For further information, please contact Madelyn Jordon at 914-723-8738 or mrjart@aol.com.